Letters From Washington: Your Employees Could Be Undocumented

LOS ANGELES — The Trump administration is notifying tens of thousands of employers that the names of some of their employees do not match their Social Security numbers, a move that is forcing businesses across the country to brace for the loss of thousands of workers who lack legal status.

The Social Security Administration has mailed “no-match letters” to more than 570,000 employers since March, sending shock waves through the hospitality, construction and agriculture industries, which rely heavily on undocumented workers. The letters have left many employers conflicted, uncertain whether to take action that could result in losing workers or to risk fines down the road.

The notices do not necessarily require employers to take action, but direct them to take steps to reconcile mismatches, which would require contacting the workers. Undocumented workers who are notified of the letters by their employers often choose to quickly resign, fearing scrutiny from federal immigration authorities. But employers who do nothing could also face enforcement actions.

“There is a high level of anxiety over these no-match letters,’’ said Angelo Amador, regulatory counsel at the National Restaurant Association, which represents about one million food-service establishments. He said the association has been barraged with emails and phone calls from concerned companies.

An estimated 7.8 million undocumented immigrants were in the labor force in 2016, according to the Pew Research Center. Most pay Social Security taxes for which they receive no credit because they are using a made-up Social Security number. For years, the Social Security Administration notified employers when the number on an employee’s W-2 form did not match a name on file.

The government officially suspended the use of no-match letters in 2012, although the practice had actually been discontinued years earlier, after the government faced litigation. The resumption appears to be a response to the “Buy American, Hire American” executive order signed by President Trump to protect American workers and reduce illegal immigration.

While there are many possible reasons for discrepancies between names and Social Security numbers, including typographical errors, clerical mistakes and name changes, the lack of lawful immigration status is a common one.

Most employers had not seen no-match letters in more than a decade, prompting some to say they wondered whether their return was politically motivated.

“The timing is interesting, given the priority placed by this administration on immigration,” said Mr. Amador. “We are waiting to see whether this turns into immigration enforcement.” 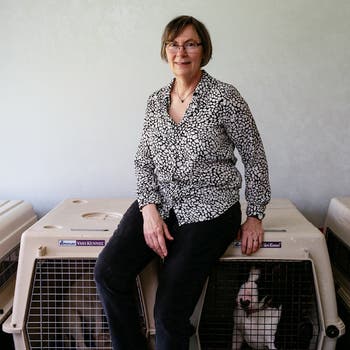 Why Working Till Whenever Is a Risky Retirement Strategy 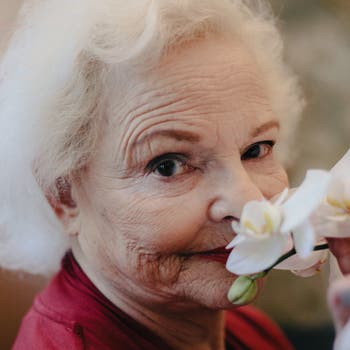 Vanity Is Not a Deadly Sin. It’s One of Life’s Last Vital Signs. 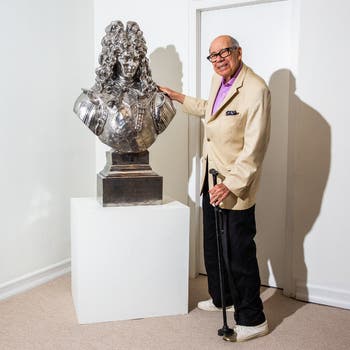 Robert Mnuchin Would Rather Not Discuss His Client (or His Son)

Mark Hinkle, the Social Security Administration’s acting press secretary, did not respond to a question about whether the administration was sharing its data with the Immigration and Customs Enforcement agency.

“Social Security is committed to maintaining the accuracy of earnings records used to determine benefit amounts to ensure people get the benefits they have earned,” he said in an emailed statement. “If we cannot match the name and SSN reported on a W-2 to our records, we cannot credit earnings to a worker’s record.”

The administration of President George W. Bush tried, and failed, to introduce a “no-match” program in 2007 that would have held companies liable for employing unauthorized workers by imposing stiff penalties on them. The program was initiated after Congress failed to pass a bill to legalize the nation’s estimated 11 million undocumented immigrants.

But the American Civil Liberties Union, United States Chamber of Commerce, unions and trade groups won a lawsuit later that year that claimed the policy could lead to discrimination against or termination of native-born American workers and legal immigrant workers. The suit also claimed that the regulation would pose a heavy burden on employers.

The latest letters appear to avoid the legal pitfalls identified in the earlier litigation because, unlike those drafted under the Bush program, the current letters do not threaten employers with enforcement action or penalties.

Immigration lawyers have been inundated with inquiries in recent months. Kathleen Campbell Walker, who practices in El Paso, said that one of her clients, a small restaurant chain, could lose a third of its work force. Another, which boasts 50,000 workers in multiple states, had also been alerted of discrepancies by the government.

Jeff Joseph, an immigration lawyer in Denver, said that half of the dairy farms he represents have received no-match letters in the last two months.

The $1.3 trillion construction industry, which relies on large numbers of undocumented immigrants, is among the hardest hit.

“At a time of low unemployment, we need to be out there finding workers and lobbying for sensible immigration reform instead of reacting to no-match letters,” said Stan Marek, chief executive of Marek Brothers, a large construction company with operations in Texas and Georgia that has received dozens of no-match letters.

Employers in agriculture, a sector where undocumented immigrants dominate the work force, reported a substantial number of no-match letters as well.

In California’s agricultural-rich San Joaquin Valley, 49 growers and other businesses that collectively employ 39,978 workers have been alerted by the government that 24,132 employees had irregularities.

While employers must give workers a chance to rectify any discrepancy, “as soon as you tell the workers, they are going to disappear,” said Manuel Cunha Jr., president of the Nisei Farmers League in Fresno, whose members have received no-match letters.

Among them is a fourth-generation farmer who grows peaches, nectarines and almonds on 800 acres. Two weeks ago, he was notified that about half of his 400 workers have issues and given 60 days to address the problems.

“This could shut us down,” said the grower, who employs several workers who have been with the business for more than two decades. He declined to be named out of concern that it would harm him and his workers. “It’s very concerning for us,” he said. “We just want to run our farm. Now they are putting us in this position to regulate documents.”

Only some states require employers to use the E-Verify government electronic verification system that checks new hires’ documents. In most states, when undocumented immigrants are hired, their employers may not know they lack legal status. They put the workers on the payroll and withhold necessary taxes, as is done for all workers.

“The irony is, if the employers and workers hadn’t been paying taxes, the businesses wouldn’t have been sent the no-match letter,” said Mr. Cunha of the farmer’s group.

He and others predicted that the new measure would very likely push many workers underground and into the cash economy.

The Social Security Administration announced in July that it planned to resume sending no-match letters in 2019, and in March began mailing them to employers who had submitted at least one W-2 form with a name and Social Security number combination that did not match its records. The notices direct employers to take steps to correct information online within 60 days.

Because most employers received their letters in April or in recent weeks, many are still debating what course of action to take ahead of their deadline.

The mere receipt of a no-match letter does not lead to penalties. But Immigration and Customs Enforcement routinely asks firms subjected to I-9 audits whether they have received no-match letters, which can be used to prove that they had “constructive knowledge” of employing undocumented immigrants and raise the potential for criminal charges and hefty fines.

As part of the Trump administration’s crackdown on illegal immigration, ICE has dramatically increased worksite enforcement. In fiscal 2018, which ended Sept. 30, the agency initiated 5,981 I-9 audits, compared to 1,360 the previous year.

The Social Security Administration’s current no-match letter instructs employers to register online to view the names of workers with discrepancies, which creates a record.

But it remains unclear whether the Social Security Administration will share information about discrepancies with the immigration-enforcement agency.

“These employers are low-hanging fruit for ICE,” said Mr. Joseph, the attorney in Denver.

“Employers are left holding the bag unless and until there is clear guidance from the government about what we should do,” said Michael Neifach, an attorney in Reston, Va., who was an ICE general counsel during the Bush administration.

Earlier this month, 46 Democratic members of Congress signed a letter to the acting commissioner of the Social Security Administration, Nancy A. Berryhill, demanding suspension of the notifications.

Another letter, signed by 146 labor and immigrant-advocacy organizations, argued that no-match letters are ineffective, imperil American citizens and could overwhelm the Social Security Administration.

Many employers have complained that the resumption of no-match letters is a piecemeal approach that fails to address the difficulty many employers face in finding legal workers. “The only remedy to this mess is comprehensive immigration reform,” said Mr. Cunha of the farmers’ league.